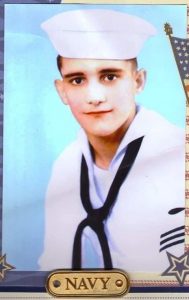 John served his country for 28 years and retired from the US Navy.

In addition to his parents, John was preceded in death by two brothers, Michael Trimmer, and Gary Trimmer and a sister, Kimberly McConkey.

Friends are invited to meet at the National Cemetery of the Alleghenies, Bridgeville on Tuesday June 7th at 10 AM for honors and interment.

The Huntsman Funeral Home & Cremation Services of Moon Twp. is in charge of arrangements.