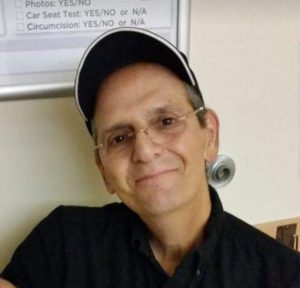 Louis Campisi, 78 of Center Twp., passed away on Wednesday, November 23, 2022 in his home.  He was born in Vestaburg, PA on October 17, 1944 the son of the late Joseph P. & Alice Campisi Sr. He was a signalman for the Pennsylvania Army National Guard. He worked as Quality Control Inspector for Babcock and Wilcox and also was the owner of LP Campisi & Son Construction. He loved spending his time golfing, hunting, doing custom cabinetry, learning about history, watching movies, and restoring his Corvette. He also enjoyed spending his time sharing meals with his family and friends, especially on holidays.

In addition to his parents, he was preceded in death by a brother Joseph Campisi Jr.

Friends will be received on Monday, November 28, 2022 from 2~4pm & 6~8pm in the Huntsman Funeral Home and Cremation Services of Aliquippa. Funeral Services are private.

Memorial contributions may be made to the American Cancer Society 320 Bilmar Dr. Pittsburgh, PA 15205

One thought on “Louis Campisi”