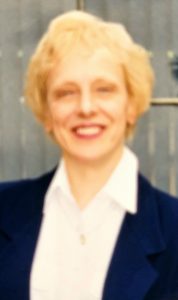 Louise Marie Love, 79, of Moon Twp., passed away on Wednesday, April 27, 2022 in Caring Heights Nursing and Rehab.  She was born in Pittsburgh, PA on February 5, 1943, the daughter of the late Edward and Agnes Kubiak.  She worked as Security for Kaufmanns and Burlington department stores in Pittsburgh.  She also worked as security in the Pittsburgh Airport.  She was a loving woman who enjoyed spending time with children as well as her grand-dog, Toby.  She was a member of Most Sacred Heart of Jesus Parrish attending mostly at St. Joseph Church in Coraopolis.    In addition to her parents, she was preceded in death by her sister. Dolores M. Miller.   She is survived by her husband of more than 60 years, John W. Love; a son and daughter-in-law: Don and Johnna Love, Imperial; grandchildren: Andrew, Bethany (Devon), Corey, Taylor, John and Alanie.